[Watch] “Nosotros” If You Can Spare 34 Minutes

We would like to introduce to you Willie Blues, a man amongst men. He is our dad, literally, and one of our greatest sources of inspiration and comedy. Willie Blues is a die-hard Blues fan and has some of the best stories while growing up in old Brooklyn. Watch mailman Willie Blues explain how he buys a Bob Dylan CD during 9/11.

You may recognize him as the landlord in Texting and Walking or for all of our OG fans, the great spiritual Mummy Tartuto, either way we imagine he left some sort of impression on you! Back in November we filmed this as part of Rizz’s web series “The City”, a mini series revolving around the characters and stories from residents in the Bay Ridge Towers, which was all started by Rizzio’s grandma Disco Dottie. Willie Blues couldn’t wait to share his music history with us. Willie is so hardcore that his bedroom is actually split in half —  half bed half covered wall-to-wall in CD’s and bootlegs from various Blues musicians, what a sight!

Willie’s incredible stories goes back to when he met Muddy Waters in the 70’s, while hanging out with his good pal and fellow Blues musician Paul Oscher — “There was pimps, hookers, all kinds of shit, I was in heaven”, Willie Blues tells us. He also shares the time he met James Cotton, where he opens the door in his underwear with his stomach hanging out and Willie notices a massive scar. “They were looking for Muddy Waters and shot me 5 times!” Cotton tells Willie Blues. James Cotton recently passed away which is pretty crazy timing 🙁

Our favorite and most notable Willie stories (which is why we made this video!!) is the time Bob Dylan took some chicken off Willie’s plate. “We’re sitting there eating, and a fucking hand comes in from behind us and grabs a piece of the chicken. Kelly goes ‘woa!’ and guess who it was?? Bob Dylan. I couldn’t sleep for a month!” Willie shares with us in an orgasmic state. 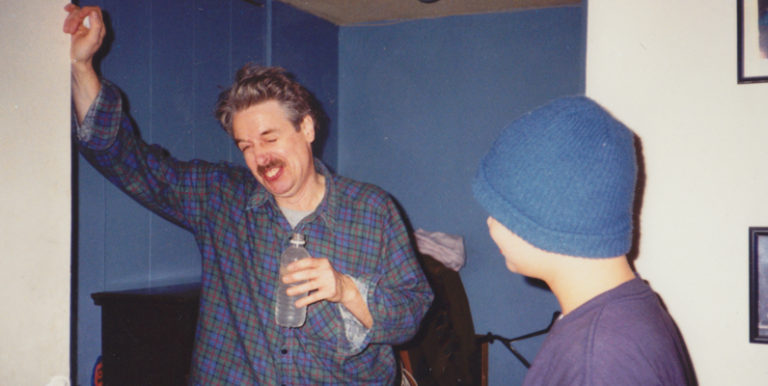 Willie and Bonz in the early days.

The second which probably should be number 1 is his 9/11 story. Bob Dylan released a new CD “Love and Theft” on 9/11, and Willie has been anticipating this release for a very long time. With his post office being located right downtown, going to J&R Music was an every day occurrence and romance. As the tragic events started to unfold, Willie had no idea the severity of the day and what was in store, but what he did know was that he absolutely needed to get the new Dylan CD. After getting turned away at J&R and saving a cab driver’s life, Willie was able to somehow get the CD in the end. Only Willie tells it best and it’s truly an amazingly bizarre story.