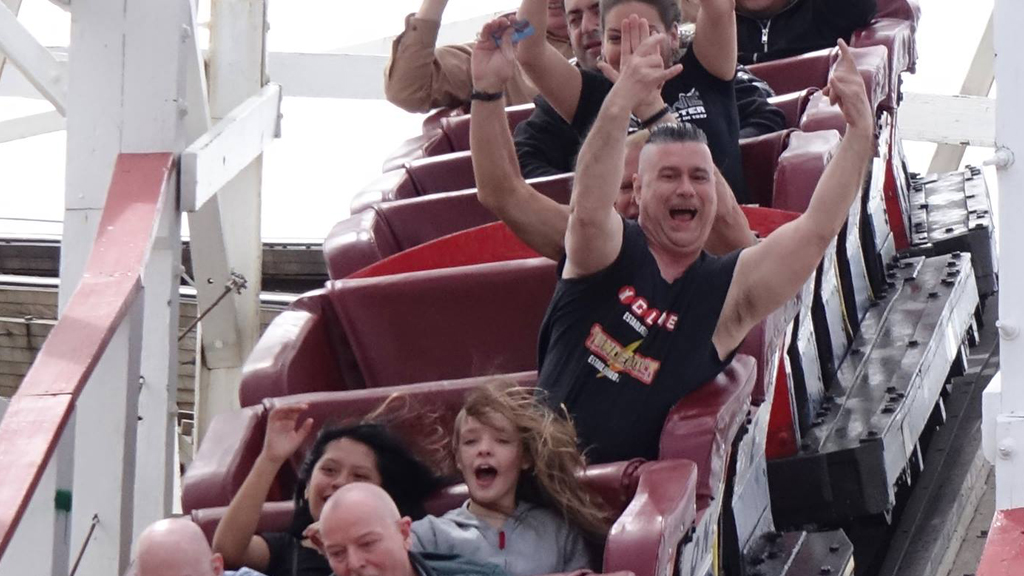 Erik Knapp AKA Mr. Cyclone probably holds the most Cyclone rides ever. We gotta get him in the Guinness World Records, so he can ride forever!

For the past 14 years he’s always the first one on line. After the blessing of the rides you can expect to see Mr. Cyclone there front and center eagerly awaiting the first ride of the season. Rocking his custom orange car that he built from the ground up, he is a neighborhood staple that puts smiles on everyone’s faces and has some killer Coney Island tattoos.

Erik is a Gerritsen Beach native, works as a mechanic at the Postal Service, and is pretty much a Coney Island Mayor, second to Dick Zigun (of course!). He has ridden well over 1,000 times. By now this number is probably tripled! His love for rollercoasters and Coney Island goes deep — so deep that his daughter is a sideshow sword swallower Wendy Blades. You can’t get more Brooklyn than this family.

I had a blast spending the day with Erik and learning about his history growing up in Coney Island, and how he came to love rollercoasters, being inspired by having Coney Island as his backyard. I know for me coming here every summer and being terrified of dying on the rollercoaster was always something special. Luckily he only got stuck up there once, so it can’t be that bad!

Keep an eye out for Mr. Cyclone next time you’re in Coney and say whats up. He’s a wonderful human to catch a beer with and enjoy the breeze. Also let’s get him on the cover of Play Girl!!! 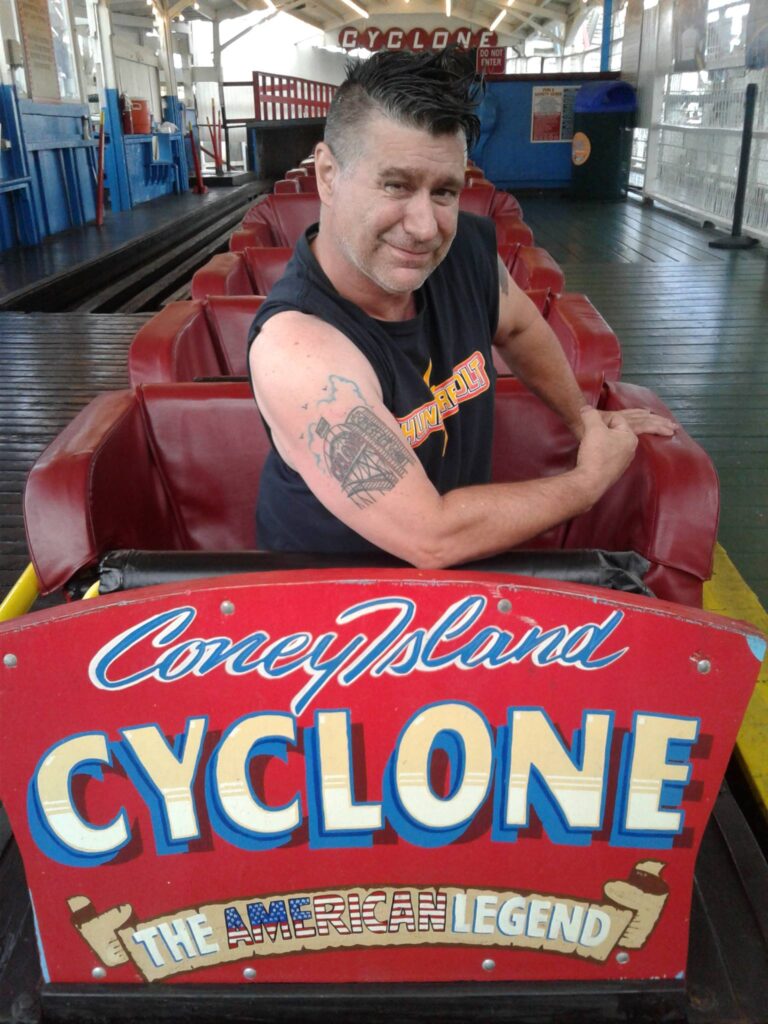 Catch Up On More Episodes:

[Watch] Perry, The Greatest Dude I Know: A Subway Hero.