Some time long ago before HD cameras, before internet streaming, around the time when uploading videos to the web was the most puzzling burdensome task….When all you had was pixelated Windows Media files at 160x80px (sad horrible times) and you just got on Kazaa cause Napster bit the dust (not Justin Timberlake Napster), there were two filmmakers with great passion going out around East LA covering a story they found super fascinating. Writer and director extraordinaire Jessica Hundley and director Jonathan Miertschin team up to bring us “Viva Morrissey”, an interesting insight on LA’s Latino youth and their obsession with The Smiths, and the music of Morrissey. This mini documentary shows us Mexicans love Morrissey, and not just love but worshipping him as a role model and idolizing him. His music is a way of life for them. His heart-wrenching lyrics and charismatic voice is just one of the many things they find so relatable and continue live by. It’s actually A THING.

We found this awesome doc just in time as the film Some Guys Are Bigger Than Others makes it’s film festival rounds. It’s great support for the film (since the film is about Morrissey) and great to learn first hand the influences Morrissey has on the Latino community, specifically in East LA and Mexico.

This film follows some die hard Latino fans living in East LA, displaying the ultimate Morrissey admiration by way of pompadours, The Smiths shirts, tattoos and overall punk rock style – decked out image. They talk openly about their love for the music and why it’s so special to them. Morrissey provides a sense of belonging, and reminds “them of them”. The filmmakers did a great job of covering this story, and you can tell a lot of heart and passion went into making this. What we love the most is that it touches on emotions, how Latinos are brought up to not share their emotions, but Morrissey has the ability to break that barrier…they become the most expressive and let it all out and the sensitive side shows.

If you need further visual interwebz, just check out supergroup Mexrrissey – they are clearly not playing around. Get lost in this hash tag #MexMoz, like we did, and find your inner Morrissey.

We interviewed filmmaker Jessica Hundley about this awesome documentary. 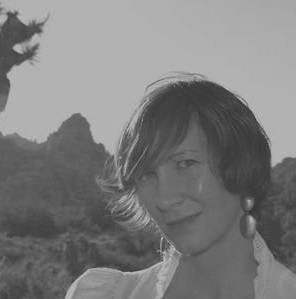 Bobotouch: Your list of credits is impressive. Any challenges going into making this film?

JH: It was a total labor of love. No money, just a lot of good friends who wanted to document these impassioned, awesome kids. I had already done a story for the British magazine Dazed and Confused on LA’s Latino Morrissey fans and really just wanted to keep hanging out with these kids and explore their scene more deeply, so the doc seemed a good way to do that. Plus, they all had such rad style and were so enthusiastic and eloquent and fascinating  – I wanted a way to explore the scene through visuals/audio, rather than just words. So we grabbed some cameras and started following them around. Keep in mind this is pre-RED, (even pre-HD cam), pre-internet streaming etc. so we weren’t sure if anyone would ever see it – it was more an excuse to keep going to BBQs and taco and kegger parties in East LA.

Bobotouch: How did the film go over at SXSW?

JH: We played at SXSW long, long before the SXSW film fest was a THING. At that time, music fest was really the centerpiece and there was no interactive fest at all yet.  The movies played pretty far outside of town at some weird strip mall and not many people left the clubs on 6th St. to go to the screenings. I think there were like 4 people there? But they seemed to dig it. Ha!

Bobotouch: Seems like a lot of your films are music based, yes! Do you also have a passion for music?

JH: Music is the best. I love it. I’ve been writing articles and books and making films about music since I can remember, starting with a music ‘zine I did way, way, way back when. Music is very much the way I found myself when I was a teenager, the way I ultimately defined my identity and discovered my community of friends. In this way, I really related to the Moz kids – the scene for them was/is as much about finding each other in a big, alienating city, in a culture that for many of them was very different from where they’d been raised as children – as it was/is about sharing a love for The Smiths. I can say pretty safely that most of my friendships and for sure my relationship with my longtime boyfriend (who is a musician BTW) have been built on a mutual love and obsession with certain bands/albums/shows etc. It’s how we communicate with each other on a visceral level.

Bobotouch: You directed this with Jonathan Miertschin, how was that collaboration?

JH: It was awesome. Jonathan is one of my best friends and talented and fun and crazy. We had a blast. I always feel like documentaries are better with two directors – there is just so much to cover and to think about and to wade through, it’s just easier with a partner. Plus, everything in a doc is at the service of the subject, whereas fiction features or shorts are different  – since they usually spring from a very personal place. But in my mind the glory of doc directing is meant to be shared. I’ve directed a lot of short docs and a feature doc (on music again) and most of that work has been with co-directors along – everyone helping fight the good fight. Also, editors on docs should get credits as directors too, of course. It’s really a group effort.

Bobotouch: Props to your editor. Seems like a lot of coverage and perhaps sourced material? Any hard decisions in the edit? That hug on stage sequence is gold.

JH: Yeah, that hug! Basically the subjects are what make this film so awesome, certainly not our directorial or technical virtuosity. But yes – our editor, Buzz Pierce was definitely our secret weapon. He is a totally inspired, incredible, whacked out in the best way – editor. Again, keep in mind this film was made before Premiere or Final Cut – think we might have edited on an AVID? Can that be possible? Anyway Buzz took our totally crappy digital tapes, footage shot with barely any light or equipment and gave it all a golden gleam. We had a great photographer friend, Jeaneen Lund, who did all the stills for us on 35mm film – which is all the pretty, pro imagery you see in the movie. Then Buzz used what must now be caveman-era after-effects gear to really pump it all up. He rules. And we stole all the music of course. None of the Smiths/Moz stuff is licensed.

Bobotouch: How long did it take to complete this short documentary from start to finish?

JH: Forever? I dunno…2 to 3 years? it’s not like any of us were making a living doing this. So we partied with the kids whenever we could and then decided we were done and threw it all into a pile at some point and got to work.

Bobotouch: Have you ever met Morrissey?

JH: Yes, long after we made the film I interviewed him for a UK mag and my production company also did a music video for him – that I produced. He’s very surly and charming and brilliant and witty and…surly…and a genius of course . He has great hair and impeccable style. Rumor is he knows about the film and likes it – but I’ve never had the balls to ask him about it – as I don’t want to push any buttons re the aforementioned unlicensed music etc. I do know he has a lot of respect for his Latino fans.

Bobotouch: I’m new to blogging. As an established writer, are these good questions? 🙂

JH: Hell yeah! Thanks for asking them!

Also check out these photos by Brooklyn-based photographer Jeaneen Lund, taken in 2005, which last week BAM showcased them as part of RadioLoveFest. 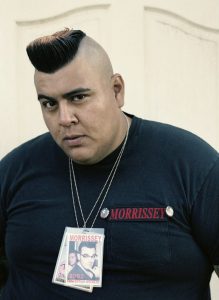 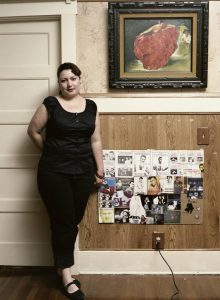 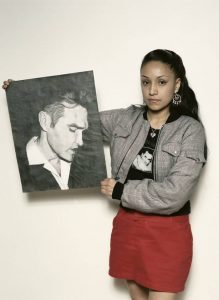 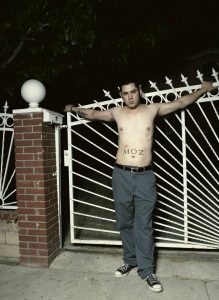 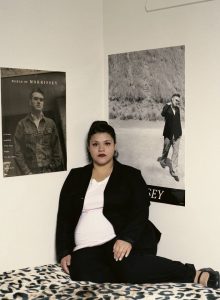 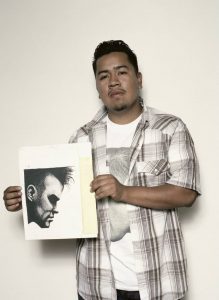 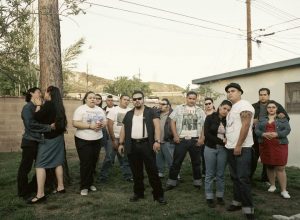