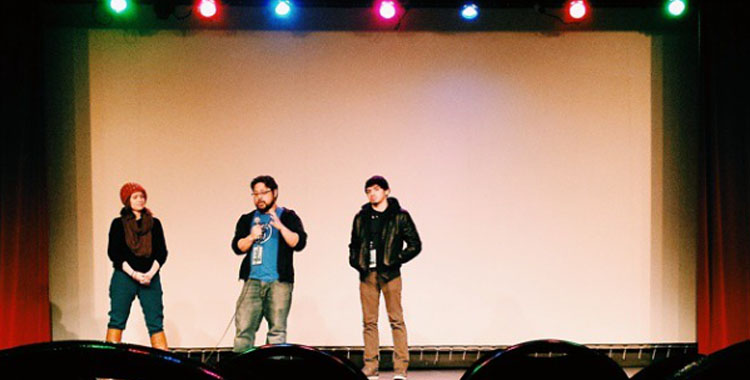 We announced the wonderful trailer last summer, and now the short film is starting to make it’s mark in the film festival world. The film has been entered into many top tier film festivals but has been rejected so far. That’s cool guys, keep on your high horse, because Some Guys Are Bigger Than Others may do better anyway in the smaller festivals and we’re super excited about watching it’s progress. “Some Guys” film will screen at the New York City Downtown Short Film Festival May 15th, at 8PM. A fun evening out for $10. Tickets can be purchased here.

This is a unique festival that is based solely on the audiences’ review of the movie. If we are chosen by the audience to move on, Some Guys will make it to the final screenings of the festival. That means we need you and your vote! – Geoff Celis

So we urge all filmmakers and artists to come on down and help this film get what it deserves. Currently the film is still awaiting responses from about 20+ film festivals. We just hope the Coney Island Film Festival accepts it, that feels like a perfect home to us.

Listening to the Smiths at @gourdough after our amazing 1st screening at @CineFestival thankyou @indiefindsLa for an amazing time!