Some Guys Are Bigger Than Others Trailer

The Some Guys Are Bigger Than Others Trailer just released and we are all pretty stoked.

Jim, a “Morissey” fan tries to prove to his friends that he can wrestle. When his friends Devin and Kenny bring him to an Amateur Luchador match, Jim has to prove that he can make it out alive. A “Made In SI” short film directed by Geoff Celis, starring Tim Duffy, Kevin Devlin, Casey Jost, and introducing Michaelangelo Muniz with appearances by Impractical Joker’s Brian Quinn.

Apparently there is a Mexican subculture who really loves Morrissey. This is an actually thing. Aside from Morrissey’s signature voice, it appears the lyrics are super relatable and like poetry to them. According to Geoff Celis and the writers of this film, for the Mexican community (most noteably LA) it’s the feeling of not belonging. Morrissey makes them feel inspired, the feeling of being less of an outsider. There are even a bunch of Mexican tribute bands!

Some Guys Are Bigger Than Others

The film is edited by Rizz and throughout the years Celis and Rizz have collaborated on many film projects together. The two met by great chance at the Coney Island Film Festival back in 07′. They both knew of each other by their films and being involved in the Brooklyn/Staten Island film scene. Together they bring unity in comedy and from that meeting they vowed to work together one day on something amazing. Tis’ here.

Coming Soon to film festivals across the country in 2015! 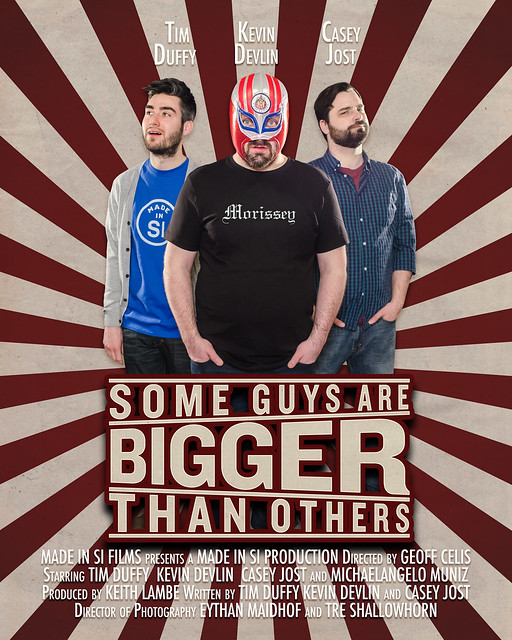