“They are all idiots. I want 12 of them” – Destiny Dodson

We’re just glad these images were created, thanks Front Bottoms!

Brian Bonz and Mike Rizzo were fortunate enough to have worked with Sal Vulcano, while paying homage to Mr. T and demonstrating the “tummy to the top” pizza slice cutting maneuver.

Sal doing the Sal. From the “Backflip” music video.

While Kevin Devine dies a very painful tiki torch death, Chris Gethard seems to get it a lot worse via peanut-topped pizza by way of peanut allergy. Makes us want to get down with some fun unusual murder plots and wild out over some Joe & Pats Pizza, while delicately spraying some String on our genitals. 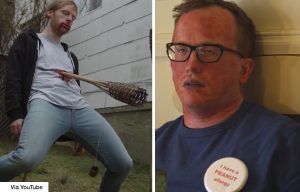 We interviewed Mathew Uychich to get a little more insight on this fantastic video, and what they’re all about.

Bobotouch: How did the Backflip video come together? Was it fun to work with mastermind comedian Jay Miller as a director?

MU: Knowing Jay we told him he has free range to get crazy with us — one day and make it fun, exactly what he did. We had a blast working on the backflip video! Jay and everyone involved couldn’t have done a better job.

Bobotouch: Was it tough to make the fake human dead bodies? How much pizza was eaten on the set of the video?

MU: Haha didn’t ask any questions about where Jay got those blow up guys. A lot of pizza

Bobotouch: How did the band meet?

MU: Brian and I met in elementary school. Years later after starting a band we were introduced to Ciaran who introduced us to Tom.

Bobotouch: Who is the best cook in the band?

Bobotouch: Where do you get most of your stage props?

MU: The last few things we got was from this small company in Japan. One really sweet lady who still checks up on us to see how things are going in life.

Bobotouch: How do you guys normally write a song or demo?

MU: Brian will write the song skeleton and from that point we will all hash it out together.

Bobotouch: When is the next record coming out and how was working on it?

Bobotouch: If The Front Bottoms were to be in a remake, What movie would it be?

We look forward to their new album and hope one day to get killed off violently in one of their videos. 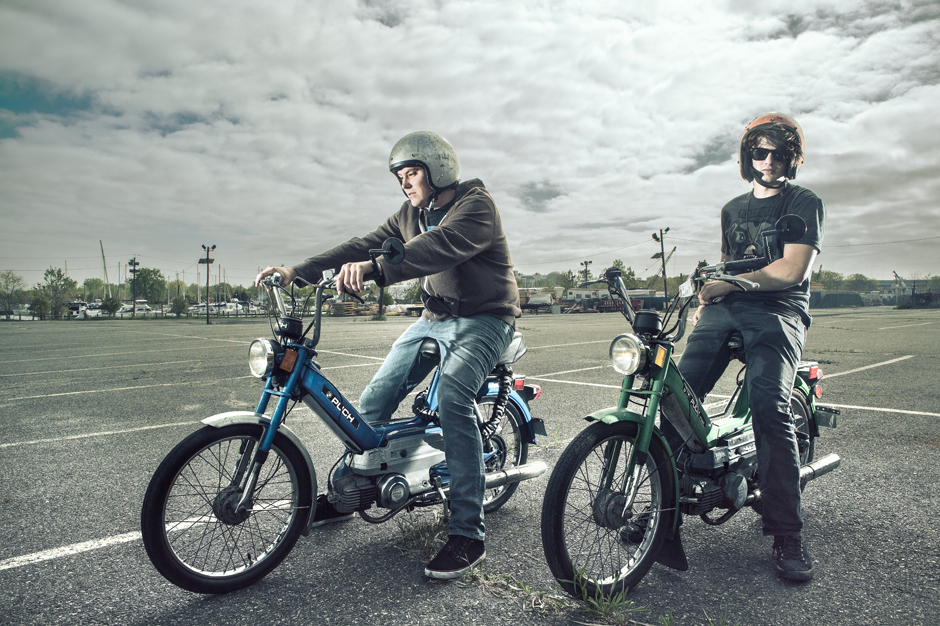