Back in June we did a piece on Justin Borucki while stalking him at the Metuchen street fair, it was cool, but that was just scratching the surface of what his tintypes are all about. We linked up with him recently as he was shooting Dick Zigun, the unofficial Mayor of Coney Island.

Dick is the founder of Coney Island USA, which runs the Coney Island Museum, the Coney Island Circus Sideshow and the Mermaid Parade, as the New York Times states. We’ve seen Dick through the years at these events, like us bonding over the beautifulness of independent filmmaking at the Coney Island Film Festival, and thought this was a fitting reason to show some appreciation to his work. 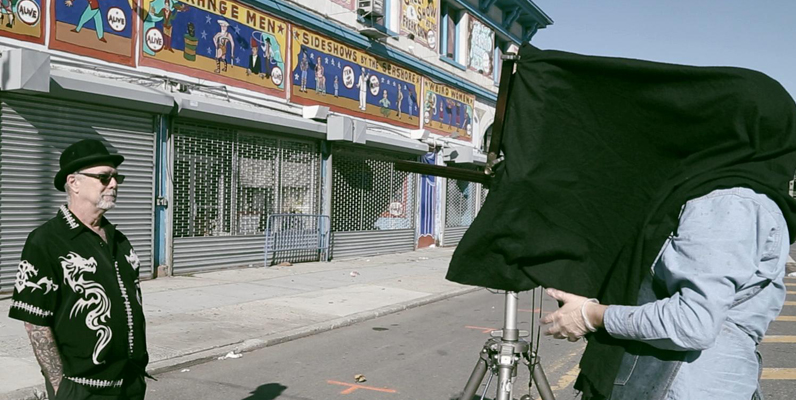 Dick Zigun / YouTube
Justin has been killing it for years with his wet plate photography, and has been gaining lots of interest from the public and other creative professionals. The scene of a dude lugging around a giant mobile darkroom, various chemicals, plates, and other antique tools is a sight to be seen. This dude is passionate, and YES he cares about safety.

Careful what you drink! / Via Bobo Touch

This series I’m doing with Dick is more of an impression rather than a traditional portrait, Justin tells Bobo Touch. This style of street shooting is exactly what sparked our recent stalking of Justin. We absolutely love these old school gritty images and seeing New York City in this way is just so perfect. We go way back with Justin from the music touring days and hoisting guys up on magical floats, we just hope he enjoys round 2 of being Bobo Touch’d.

“The Process is great, particularly with a tradition like the American sideshow, when you photograph it in this process it’s hard to tell what century we’re in” – Dick Zigun 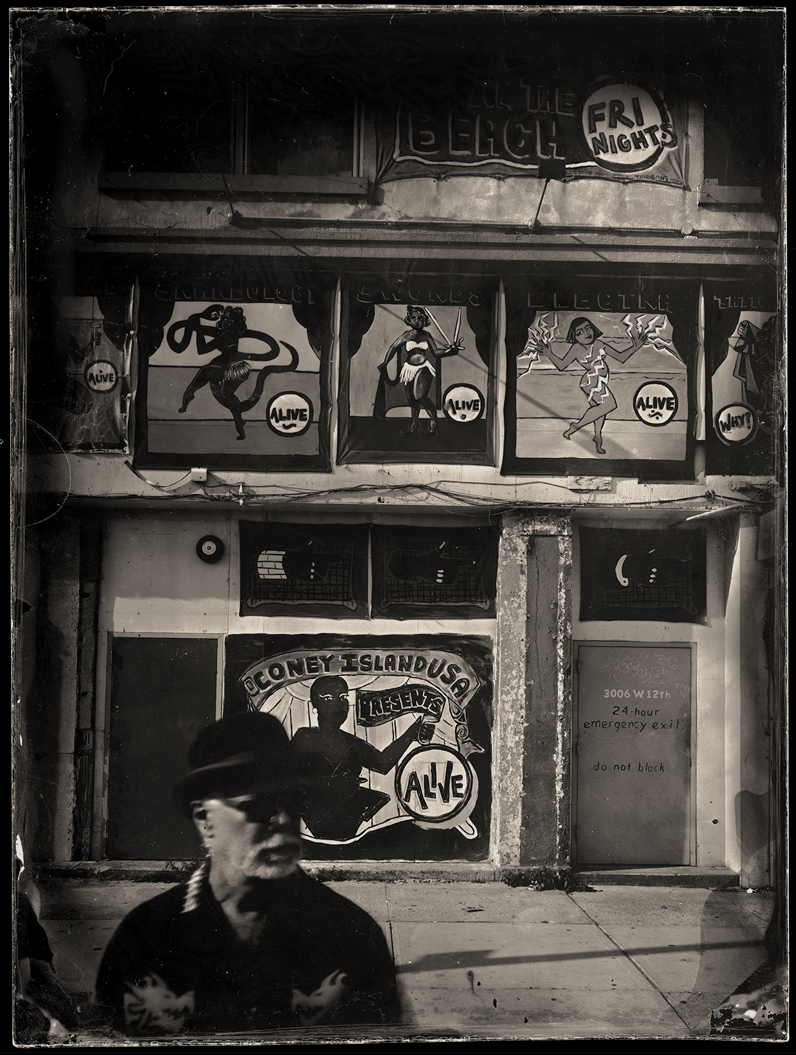 What the heck is a damn wet plate?

Is the question we are all wondering! In laymen’s terms, it’s an antique photographic process discovered in the mid 19th century. For all those who get super excited about clicking video thumbnails like we do, kick back in yo undies and prepare to get mad collodion knowledge dropped on you. Check out this very informative video about the process by Quinn Jacobson.

Coney Island holds a very special place in our hearts

Growing up in Bay Ridge Brooklyn, Coney Island has always been very inspiring for us. It’s a neighborhood filled with history, nostalgia and character like you wouldn’t believe. We’re happy that with all the updating that has been going on with Luna Park it still retains a lot of it’s awesomeness. Just please stop making fun our beaches.

Been coming here since I was little. My parents used to take me to Nathan’s and get some hot dogs. When I got older I would come here with my friends and go to Ruby’s. It’s always a favorite place to shoot and photographers are drawn to it because it has so much charm” – Justin

Make sure to pick up some prints at Justin’s Snake & Camera Print Shop, and maybe you’ll be the subject of his next impression — just don’t smile.