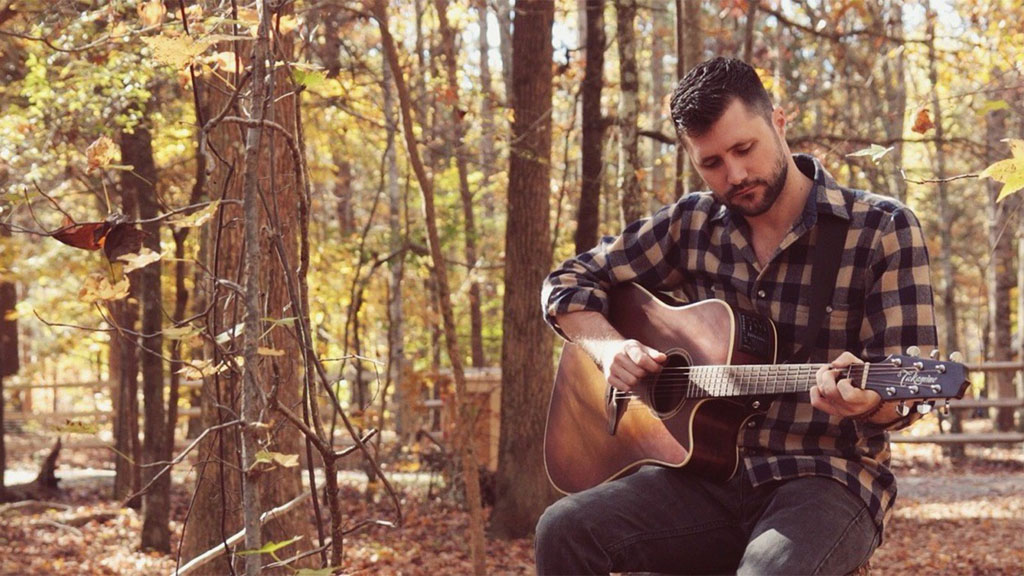 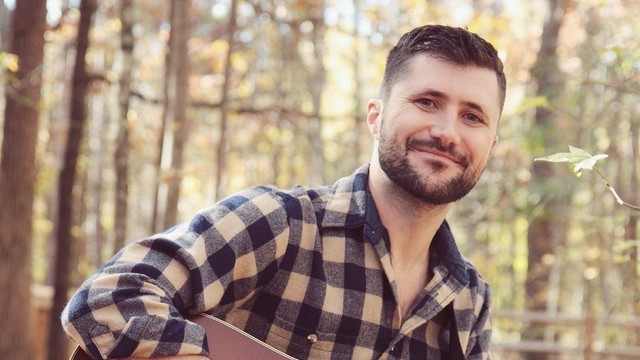 John Nolan (of Taking Back Sunday), has a new solo record coming out. This record will be produced by Mike Sapone (Brand New, Straylight Run, Taking Back Sunday). John launched a PledgeMusic campaign allowing fans to donate an amount they choose, and in return fans will receive rewards. Rewards such as exclusive vinyls, your name in the liner notes, a digital mixtape from John plus many many more! All can be seen here. Fans can also experience the album as its made via video updates from the studio, and stream songs immediately after pledging. Also, 5% of goal and 10% of any money raised after that will go to St. Jude Children’s Research Hospital. Pretty sweet!

It’s not quite like anything else I’ve ever done and it’s really exciting. – John Nolan 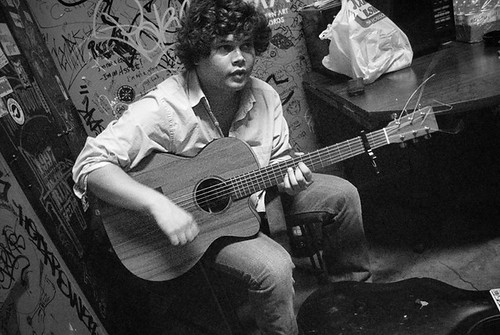 Bonz teaches “Dee the Dinosaur” (from the olden days) 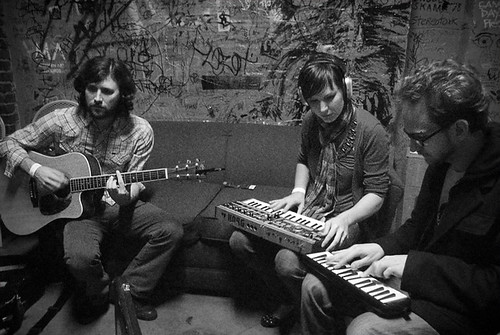 From left to right: John, his wife Camille and EJ Decoske 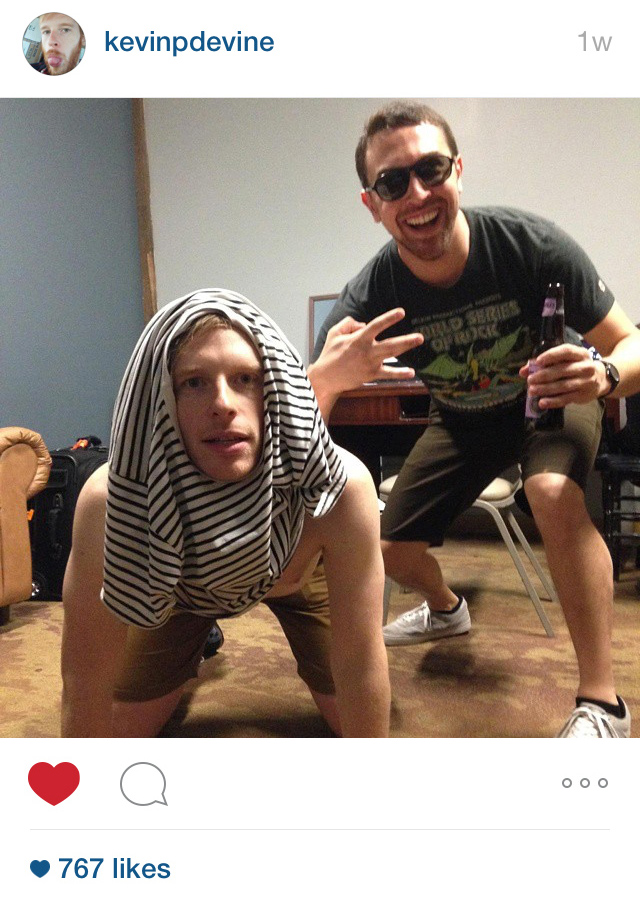 There has been many tours, recording sessions, and home cooked meals shared together. We feel honored to ask John some questions.

Brian Bonz: How was the process working directly with your fans and friends on this new record via Pledgemusic?

JN: It was great. It was cool to see people’s enthusiasm for the project and interact with them as the album was being made. Usually when you’re making an album you’re cutoff from everyone and waiting till everything’s done before you engage with fans. This was a nice change of pace.

Brian Bonz: Where did you find the time to write these songs and how did they come together?

JN: I’m always working on ideas for songs whether it’s on tour or at home. Unfortunately, it takes me a long time to turn those ideas into finished songs. It’s been five years since my last studio album so I don’t feel like I’ve been incredibly productive as a song writer. I did put a lot of my ideas into the last two Taking Back Sunday albums but I still feel like I should’ve been able to have written a solo album sooner than I did.

Brian Bonz: You work with Mike Sapone for several projects, What’s one special thing that keeps you coming back to him?

JN: He has great instincts when it comes to songwriting and arranging. He knows pretty quickly when something is working or not and if something isn’t working he always has creative ideas to offer.

Brian Bonz: I stayed at your house a few times, and you made the famous “John’s Chicken”? Would you mind telling me the average prep and cook time and what makes it so special?

JN: The prep time is about 15-20 minutes and it takes about 40 minutes to cook. It’s chicken dipped in a mustard based sauce and coated with bread crumbs, Parmesan cheese and then baked. Years ago I cooked it for my wife on an anniversary. Up until that point I’d never cooked anything. It came out great and I realized cooking wasn’t that hard. Now I cook all the time at home and John’s chicken is still a favorite.

Brian Bonz: What’s the strangest thing you have seen on tour?

JN: Recently I saw a girl crowd surfing at a Taking Back Sunday show. The security guards couldn’t get to her in time and she fell over the barricade and went straight to the floor. When she stood up her forearm bent out in the middle at almost a ninety degree angle. We saw her backstage after the show. She was sitting there with a medic waiting to go to the hospital. She was perfectly calm, sitting there with her broken arm and talking about it like it was no big deal. I don’t know if she was in shock or what, but it was pretty crazy. I don’t know if that’s the strangest thing or not but it’s up there.

JN: Of course. Doesn’t everyone?

Brian Bonz: When will the new record be out?

JN: Right now we’re looking at a July 27th release date. We might release it sooner though if things come together quickly.

So get excited for this release and be involved. The one thing that we are praying for, is that John releases his selfie stick! 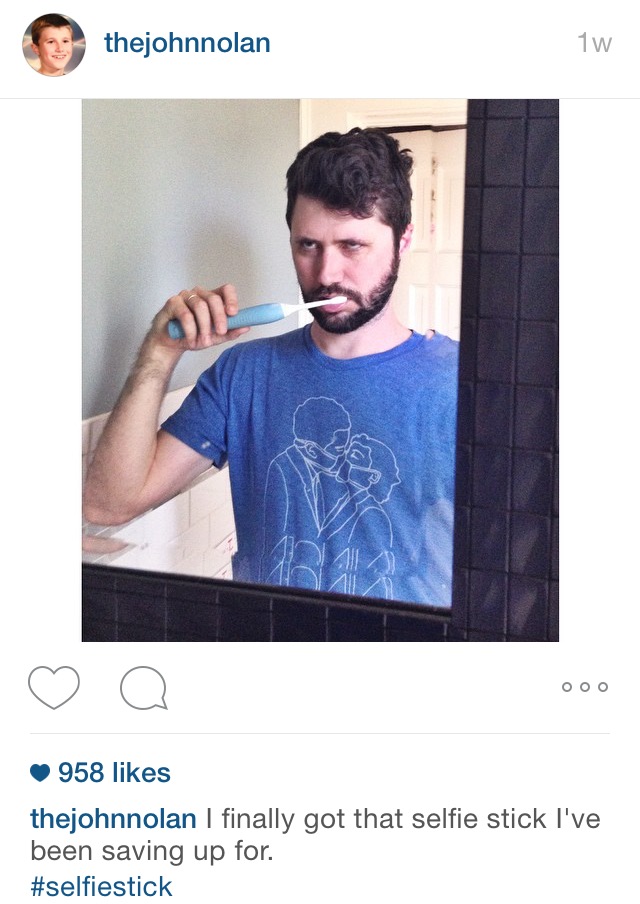