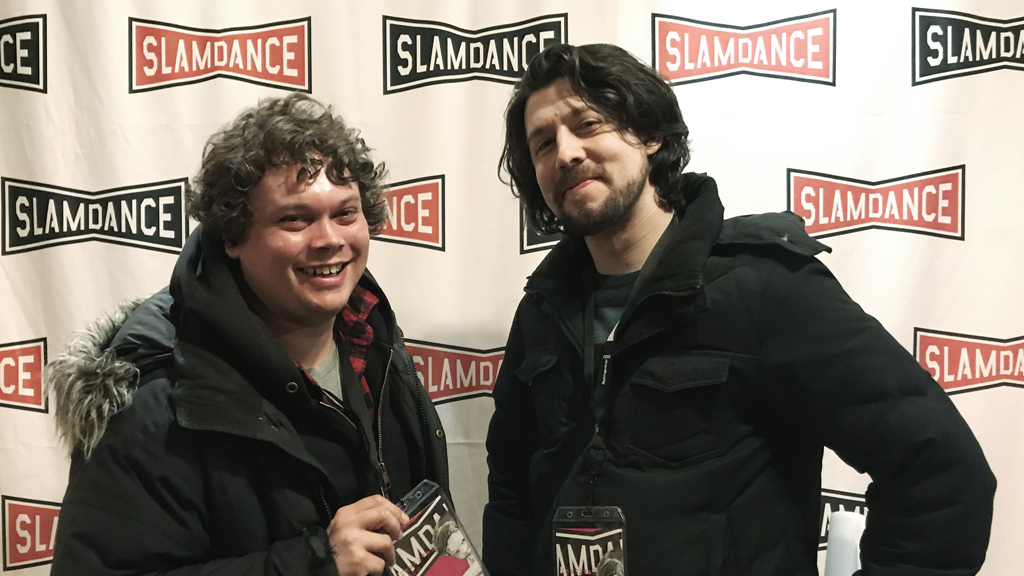 It all started on a brisk Friday morning at 5:30am. We kissed our kids and wives goodbye, made some to go sandwiches and called the one and only car service in Sunset Park Brooklyn. Now there has been a lot of worrying leading up to this trip because of the TSA and government shutdown, so we tried to leave early!

You know the Bobo Way is “all things local” so we called our car service dude, and the dispatcher had the greatest “I don’t give a shit” Brooklyn type voice — the voice where you get rushed off the phone and you never quite know if he got all your info. This gave us a lot of travel stress, and it’s only 5:30am!

The car finally arrived and we’re running late. The driver immediately looked a bit concerned and told us he desperately needed gas. He said “I can most likely make it on the gas we have”, and we stressed we should just go, but then he decided to do a super sharp erratic U-turn into the gas station. With our stress levels rising, he got us there safely and we came to realize he was a beautiful man. There were no problems at the TSA check in! It turns out JFK was doing way better than LaGuardia!

We utilized our layover flight to do the final touch ups on the Bushwick Tarzan promo cards, to correspond with friends who were gonna be there, and to make sure we had our tickets and all that fun stuff for the opening night party. What we weren’t expecting was some dude to get absolutely disgusted for us ordering Lake Side beer, a beer that is like a Guinness, and he started expressing his disgust for it as we drank it. It was an interesting stop over with weird jerk offs. We knew these were signs of “making a butter world”! 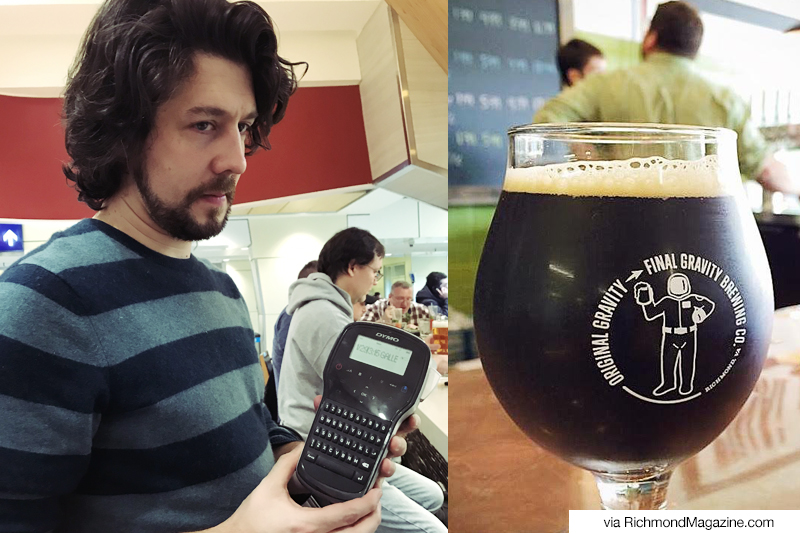 DIY roots
We landed in Salt Lake City and the picture perfect mountainous backdrops filled the car ride. It was gorgeous and totally felt like a Bob Ross painting (love that dude). Within seconds we saw a Moose and a deer alongside the highway. The driver told us that it’s super unlikely to see Moose and that we were extremely lucky. We felt lucky!

We texted the wives about this massive animal we just saw. They said “don’t be one of those assholes who takes a selfie with a moose and gets kicked in the face!” sound advice from the wives. We listened, but we’re totally not used to this fresh air, nature and altitude.

We arrived into Park City and the place was absolutely bustling. Slamdance takes place in Treasure Mountain Inn, which is at the top of the hill on Main Street. It is on the same strip as Sundance and is in the heart of the action. This small quaint and ritzy ski town gets completely taking over by both these festivals and every type of industry person you can think of for a week. The energy was insane and we certainly felt overwhelmed. The guy singing Post Malone hanging out of his SUV didn’t feel overwhelmed tho! 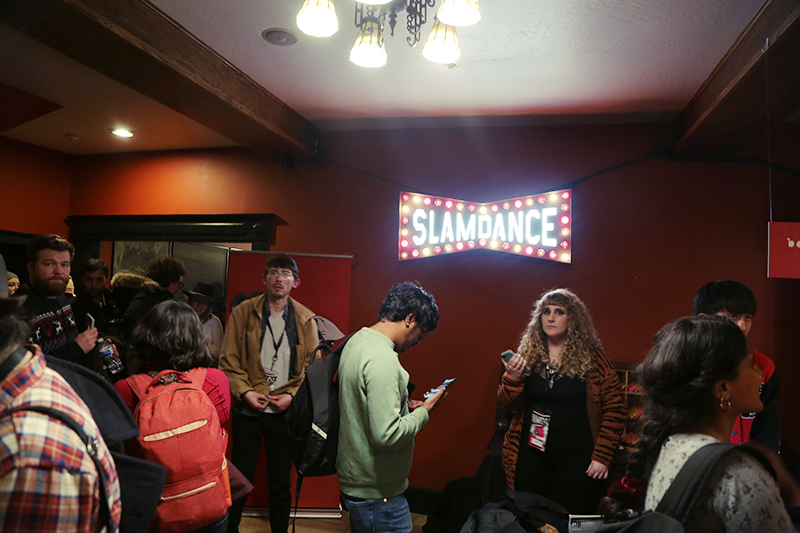 The main lobby
We got our Filmmaker passes from Slamdance HQ. We met Alina, Aaron and Adele (the festival managers/coordinators), and got swooped up in the energy of everyone taking photos, putting up their movie posters and just trying to get to know one another in the lobby. You immediately felt that you’re in an event where people actually give a shit and love what they’re doing. It was impressive to finally see this festival in person, a festival that started 25 years ago as a renegade festival opposing Sundance. We began to look for our dear “Episodes people”, we needed to find them! They were hard to locate in the abyss of all the film screenings.

We went to this bowling alley Holiday Lanes in Heber City for the opening night party. It felt like an old school time-capsule which was historic, scrappy and beautiful all at the same time. It was like we just entered The Big Lebowski and Jon Turturro is about to do “The Jesus!” speech — picture that but with a bunch of filmmakers and art vibes. 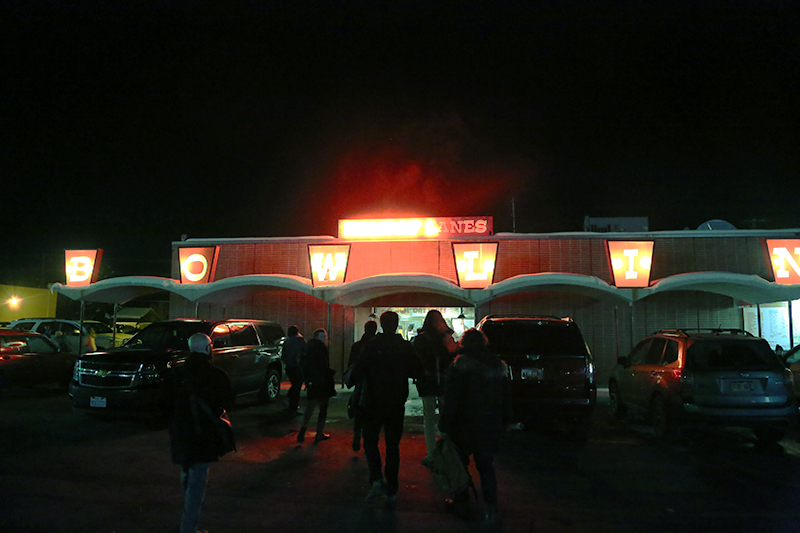 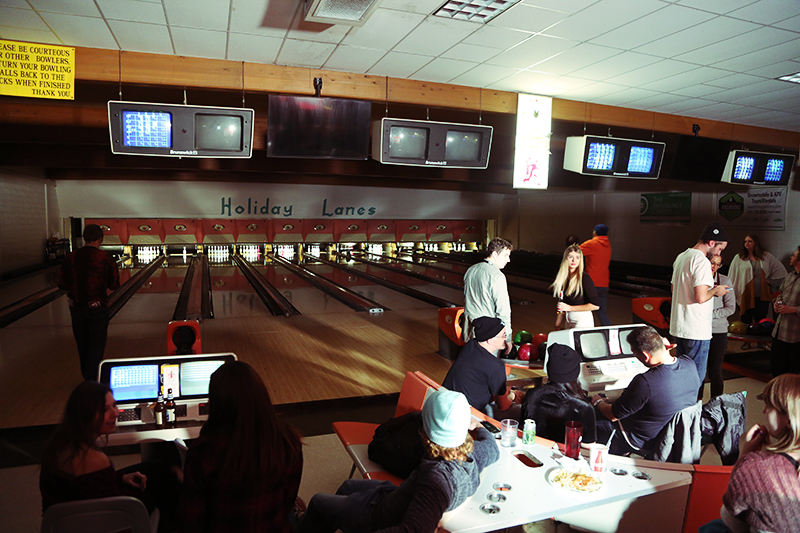 They were serving burgers, fries and drinks and there was even a dude with a homemade cardboard box/camera contraption taking photos. There were a bunch bowling, having a good time and just talking shop with one another. Everyone was stoked and happy to be there. Our good Brooklyn aura lead us to this young gentleman named Taven, a filmmaker (from NY!) who showcased his film in the Anarchy screening, he actually said he came up to us cause we looked like familiar nice guys (he sensed the Bobo Motto). He made a super cool and trippy film and we love his work so hard. 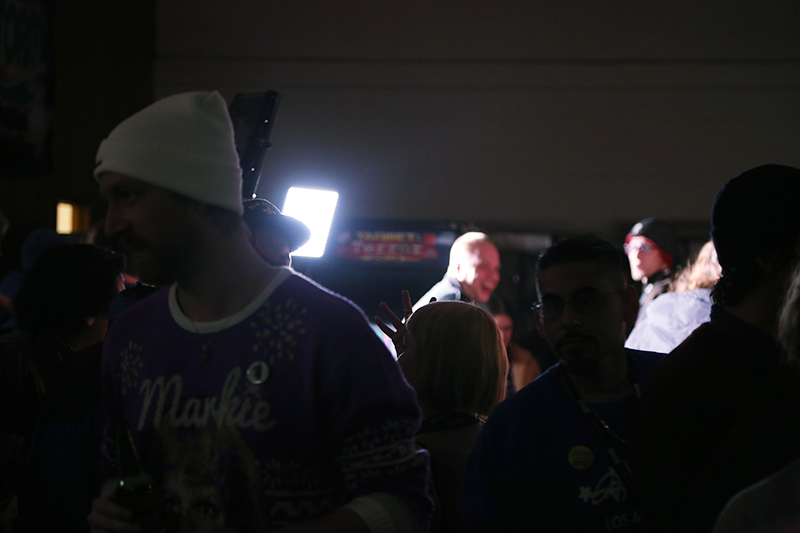 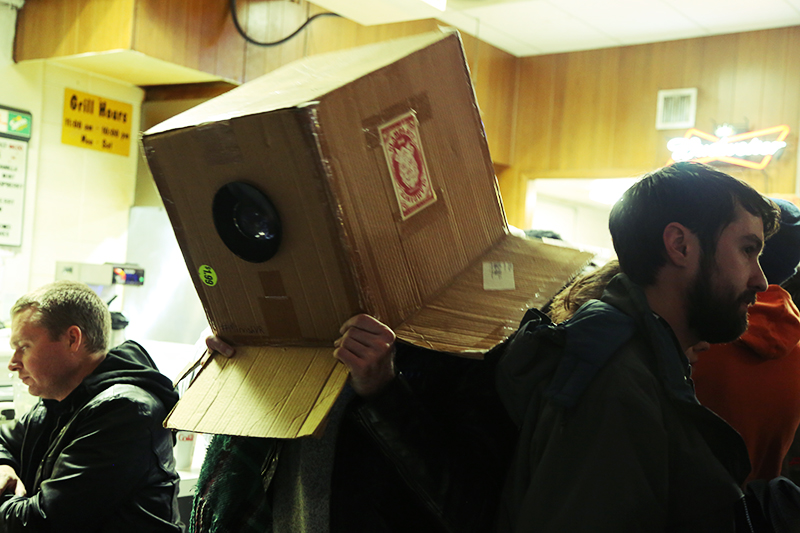 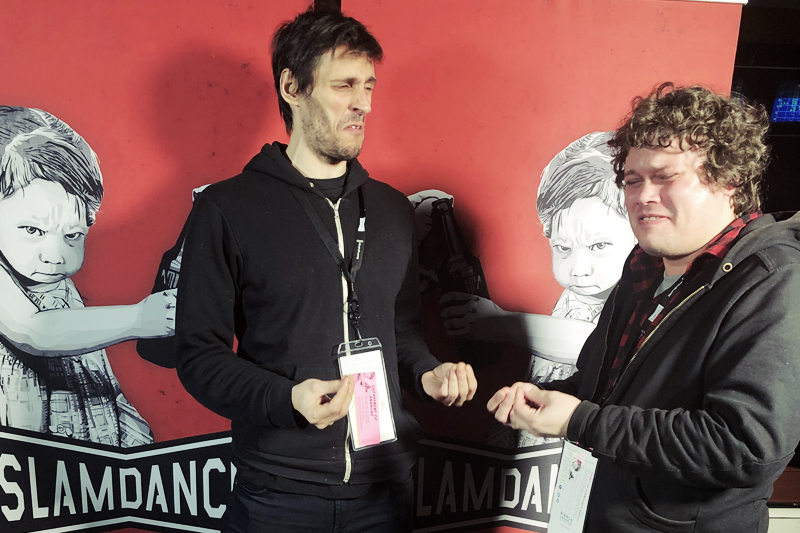 We called an Uber to go to Park City. We quickly realized that getting an Uber to take you to Park City is no easy feat. A few canceled on us, and when we got in, the driver did a 5 minute dramatic pause and said “I knew this would come” and looked like the saddest puppy you’ve ever seen. He told us his life story, shared some Utah history (driving passed the 2002 Olympic Ski jump), and how he has a thriving side business, (loving the Utah side hustle!). 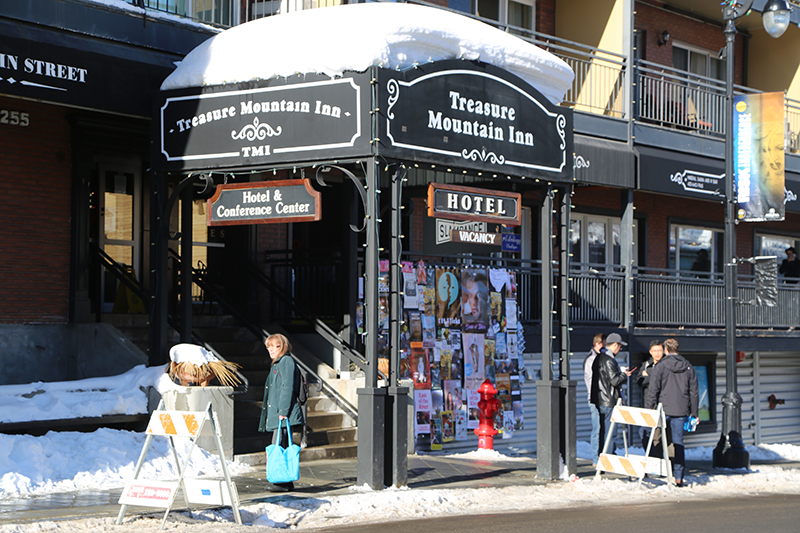 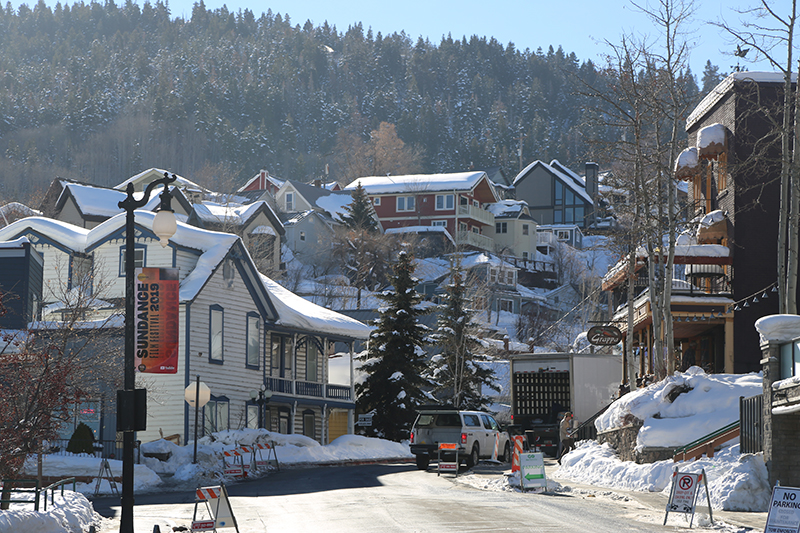 We arrived at the theater and prepared for our roundtable with host and filmmaker Dekker Dreyer with all of the other filmmakers involved the festival’s EPISODES block. Derek asked us some great questions about our ambitions to make a series, how has Brooklyn contributed as the backdrop for the show, and what is appeal of creating a project in the episodic format – it was great! 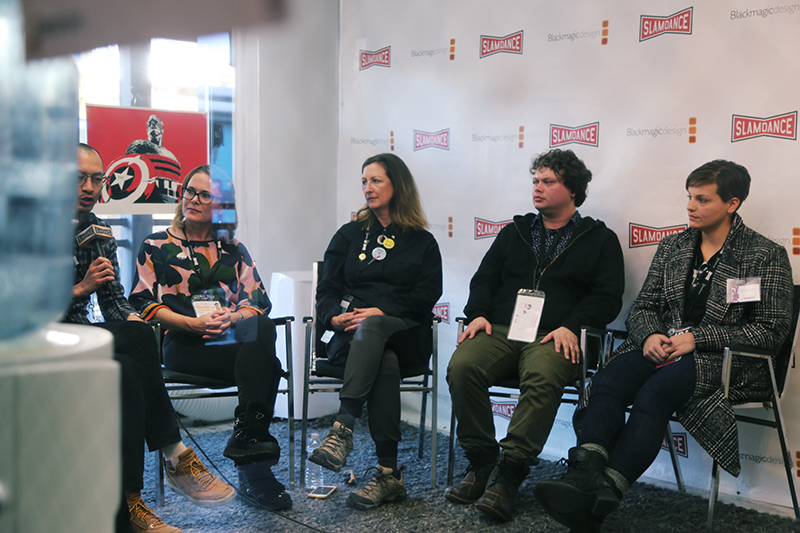 After that we grabbed some drinks with the producer and writer of PUMPKIN, Jon Lullo, at the Francis Ford Coppola/Canon party and we took an epic serious portrait together at the party. We went for the serious boy band look! On our way out we ran into one of our favorite composers Dan Romer (Beasts of the Southern Wild, Good Doctor) at the party. 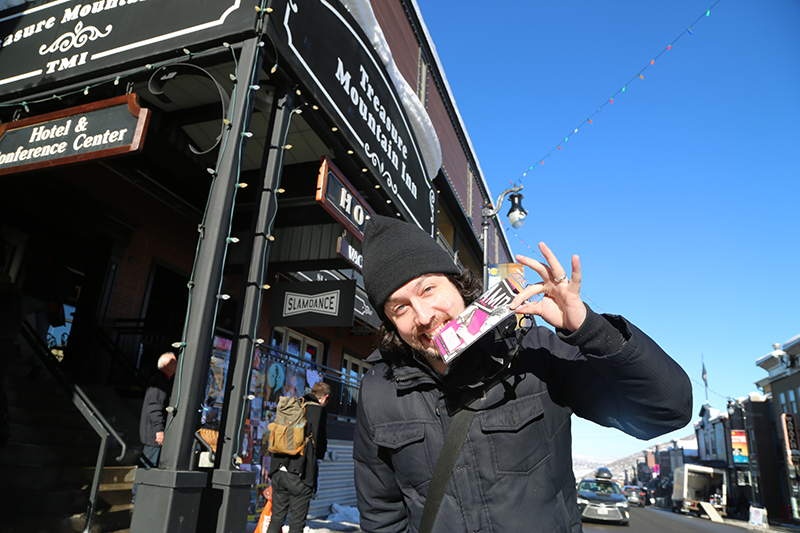 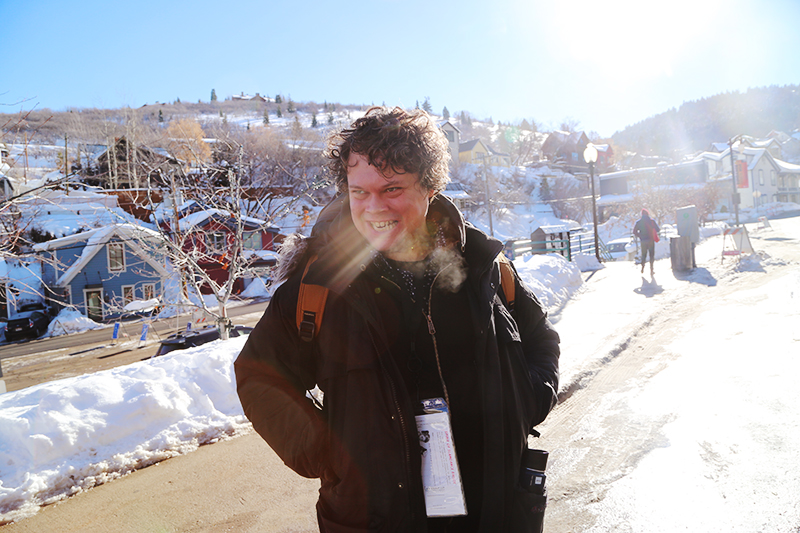 What was great is that we knew we were alongside other incredible filmmakers who produced shows that had great stories, characters, and a well curated selection of genres. The audience was in for a DOPE ride. The room was absolutely jammed pack to the point people were seating on the floor. The crowd seemed to really enjoy Bobo Touch Helpline and were laughing at every part of the show we hoped they would! Ya never how people will react to the art you make and we are so happy to have received the support it did.

Our Q&A was a lot of fun and the host gave us the compliment that series was very “Adult Swim-like”. We also were pumped to have friends from Brooklyn we haven’t seen in 10+ years as well as make new friends. 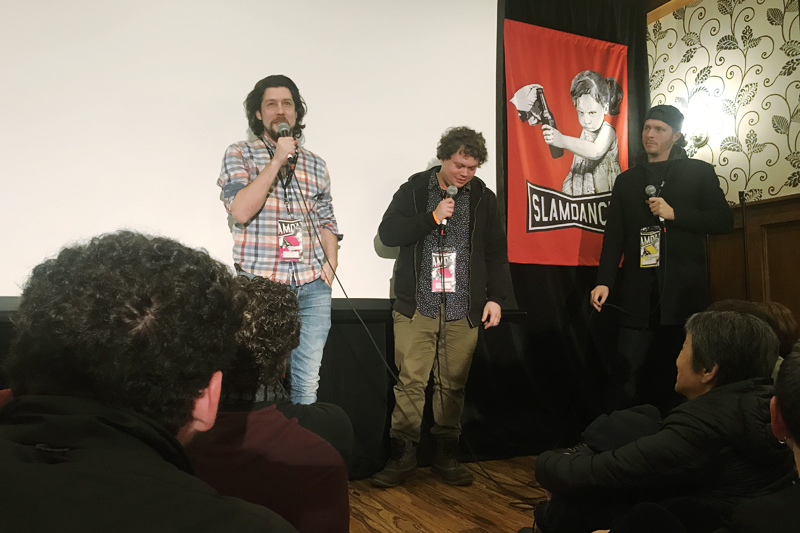 Everyone’s work in the EPISODES Block was phenomenal and we were also able check out a bunch of features that were AWESOME! One thing for sure, the curation at Slamdance is fucking fantastic.

We ended the night grabbing pizza and drinks and cruised around the neighborhood.. Then took $286 dollar uber back from Park City to Salt Lake to our seedy motel where random shady looking men would circle the parking lot starring us down. Before we left the beautiful mountain surrounded state of Utah we got toast and coffees and flew back to Nueva York. 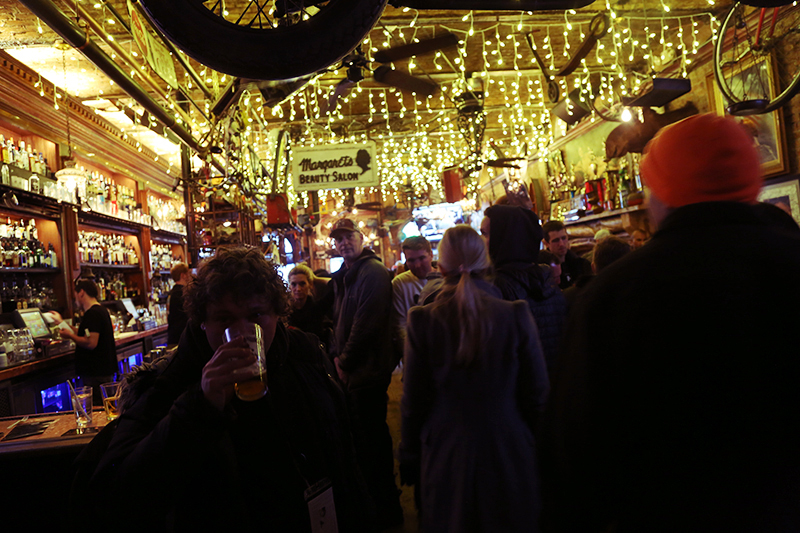 Tips and Advice for Anyone Going to Slamdance

1. The high altitudes will mess you up! We had lots of headaches and felt like we constantly needed water.

3. You will see Celebrities. We saw Daniel Radcliffe and Jason Mamoa (Aquaman).

4. Do your pre-production on all the parties, and have an itinerary of what you plan on doing each day.

5. Reach out to friends and filmmakers to see what they have planned, and share info. There’s a lot of great workshops and panels that Slamdance have that are super insightful and good.

6. Probably a better idea to stay closer to Park City, if you can afford it, or rent an AirBNB House with other filmmakers. The 40 minute commute is rough and expensive, especially after a full day of films & partying.

7. Everyone likes to say the traffic is intense OMG OMG OMG but it wasn’t actually that bad, we’re from NY!

8. Since the festival is the same time as Sundance, you reap the benefits of those parties as well.

9. Was Slamdance worth it? A BIG YES. 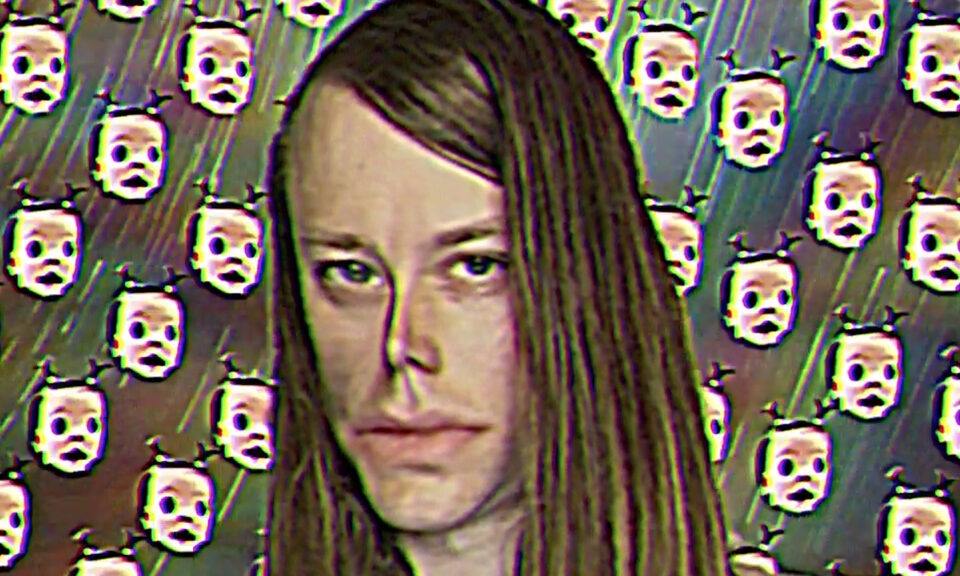