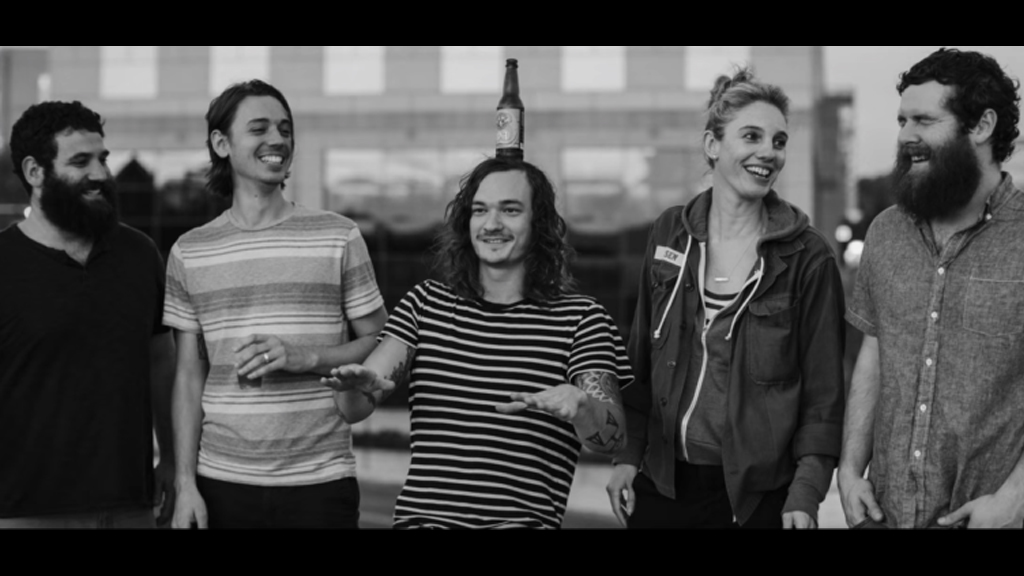 Manchester Orchestra has been an instrumental part to Bonz’s musical career from the early days co-signing him to their label Favorite Gentlemen when From Sumi to Japan came out. Throughout the years Manchester Orchestra has become a staple in the rock-n-roll genre touring with Bliffy Clyro, Kings of Leon, The Front Bottoms and more, as well as collaborating on various other initiatives such as scoring Swim Army Man, Robert’s Gobotron solo project and launching Bad Books with El Señor Kevin Devine. This documentary I Know How To Speak is really a great watch.

Manchester Orchestra’s latest record A Black Mile To The Surface produced by Catherine Marks (Foals, The Killers) is by far one of their deepest cinematic driven rock album led by Andy’s beautiful vocals. One of our favorite tracks and videos from the album is The Sunshine directed by The Daniels.

The record is incredible and was recorded at Elmwood West, Echo Mountain, and their own studio Favorite Gentlemen. Throuhgout history we have seen some iconic music documentaries and films like Wilco’s I Am Trying To Break Your Heart, Sound City, Bob Dylan: No Direction Home, Buena Vista Social Club and more but we don’t see enough and good ones are hard to come by.

Manchester Orchestra made sure to capture the special moments fans never see behind making their record to show the process, their chemistry and the world they lived in when making this album. Check out their awesome film I Know How To Speak above and dive deep into their latest album!