[Watch] We Have a New Web Series ‘Bobo Touch Helpline’ 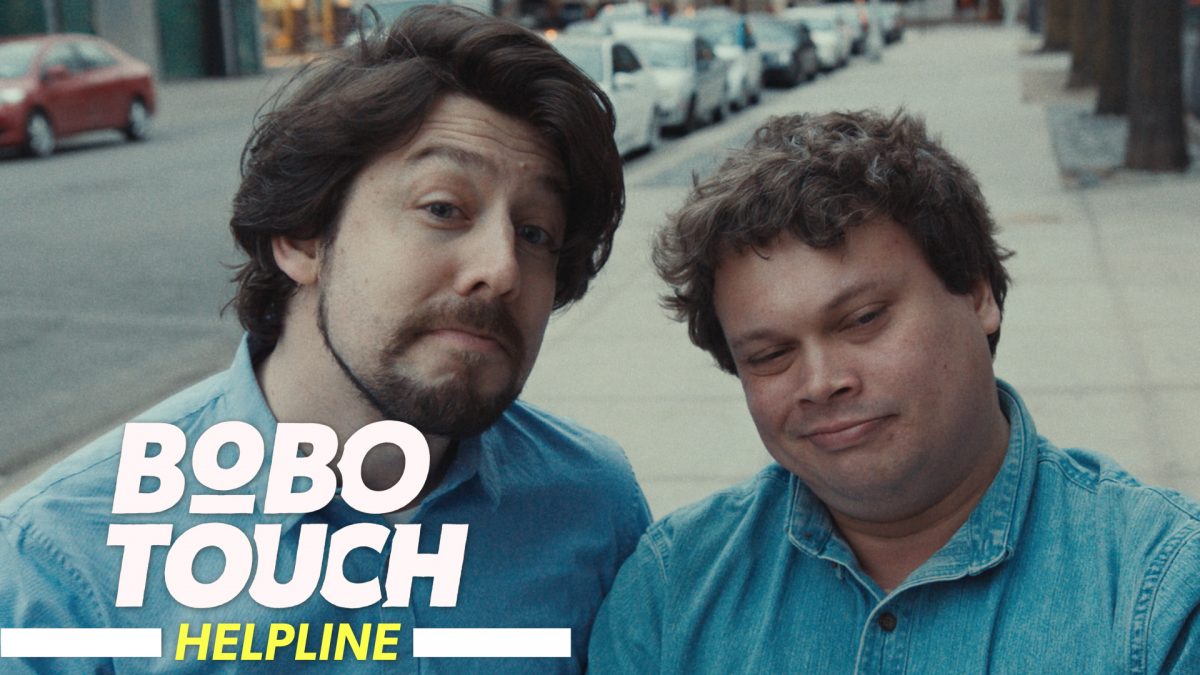 We’ve been dabbling in a wide variety of ideas and concepts since children, from various remakes of the Crow, doing shot by shot adaptations of EVERY Limp Bizkit video (not proud of that!), and recently/more notably our “Tips for the Counterculture” campaign, where we call out bad behaviors and etiquette in our beloved New York City through music and rap. Today we announce our first trailer to our new web series “Bobo Touch Helpline”. We are so excited to share this with the world!

A Hotline for New Yorkers that is a direct competitor to 311.

It’s very true folks. Sometimes 311 just doesn’t cut it. As New Yorkers we need immediate help and service, and let’s be honest, sometimes problems can be embarrassing and you might not want to alert the city. Things can get weird or maybe its a personal issue that you just a need a friend or a cup of tea. Either way we got you. We (Rizz & Bonz) don’t get paid for this job. We respect confidentially to the utmost degree. We tackle problems of all scale. Anything goes in this series and things are gonna get strange.

Bonz and Rizz on the job.

Each episode chronicles the daily phone calls that we (1-800 BoboTouch) receive from our fellow New Yorkers. We operate a hotline out of an auto garage owned by two eccentric mechanics named Tito and Diego. We pay the mechanics a small operations fee in order to run their 8×5 square foot workspace in the hopes of making the city a better place, by solving the problems of our callers. Tito and Diego, only two of Bobo’s many antagonists, allow them to rent the space for the hotline’s novelty and sheer entertainment value. 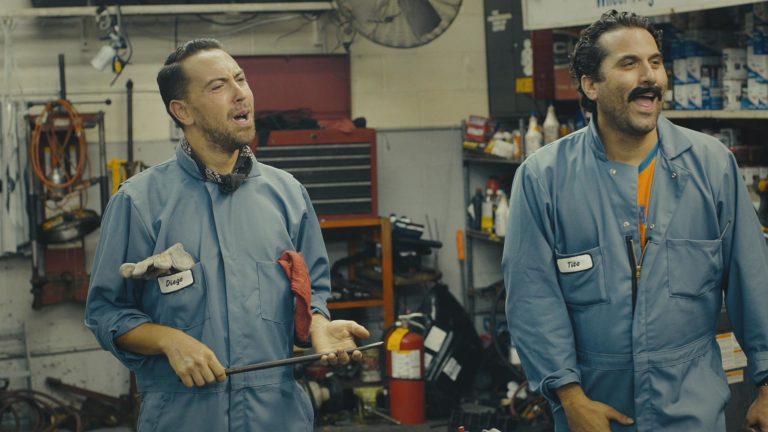 Tito and Diego allowing Bobo to do ‘their community crime fighting’

The caller’s world is typically in distress, knowing that our helpline is their last resort. After each mission, we are usually triumphant, even if we’re not exactly sure how we got there or what we did. Each one of our episodes will feature a different caller, a new problem and a new character — always beginning at Bobo’s car garage desk (A true state of the art beauty). There will be many darkly absurd and unpredictable comedic twists and turns. Here’s some initial reactions we got so far.

Joe T is awesome as a cop. I can’t believe you guys got away with that light on the car in public. – Jay Liquori

It’s really bizarre but I like what you’re doing. – Willie Blues

The daily chronicles of two men who traverse the hidden and never-seen wayside of New York City. Dial 1-800-BoboTouch: the helpline that 311, 411, and 911 actively reject! – Mike Strandberg

Please stay tuned for Episode 1 and get ready for a ride of a lifetime, or at least we think so. Also make sure to put 1-800 BoboTouch in your phone favorites.